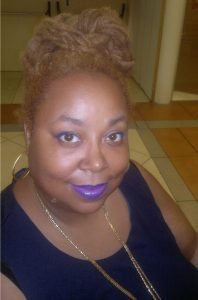 Zindoki.com is a repository of advice, information, recipes, spells, and formulas for practitioners of African and diaspora medicine and magic.

I am the female King of Ile Baalat Teva, an eclectic diaspora Vodun based group in northern Israel.  I am also a licensed active Universal Life Church minister.  I practice the east coast/Carolinas style of Obeah, Hoodoo, and Rootwork, but like most Obeah practitioners, I had to learn many other things.  Some years in the southwest brought me to Kindoki and a bit of Brujeria.

Zindoki is a term that comes from Congo and related languages for people who practice kindoki, which is African sorcery or witchcraft.  Ndoki is magic or Spirits.  It can imply either a positive or negative motive, but most kindoki is protective or helping with day to day issues.

Much like Obeah, it draws from a variety of sources, but its basic core is Congo belief systems.  In recent times, it has been merged somewhat with Vodun (Yoruba, Fon, Bini, etc.) and Odinani (Igbo) systems because they are organized enough to have failsafes.  Many have been detached from their original traditions, and Vodun and Odinani help to fill in the blanks which prevent unmindfulness and disastrous mistakes.

Because of colonialism and the rise of extremist Christianity, “kindoki” (the natural or acquired ability to change, affect, or move things or situations using one’s will) is viewed by many as 100% bad even though the same Christians who villainize witchcraft practice witchcraft by praying in ways other than thanks.  Children and other vulnerable people have been tortured and killed due to accusations of kindoki.  This is an intolerable abomination.  It is not Yahweh.  It is Beelzebub telling people to kill in the name of “God”.  The people who do this traded their ancestral deities who sustained them for a foreign imposter who causes them to murder each other.

I was put through exorcism as a child, and though I survived and it wasn’t as bad as what others have endured, it is a particularly sensitive issue for me.  People tried to forcibly remove my Guardians and crucial parts of my Ori from me.

Those people should be glad that I lived to forgive them, but I will never forget.

How do I use this site?

If you have no experience with African spirituality or magic, then read the Getting Started page.  Remember that sorcery is the privilege of the observant.  Whatever pantheon you adhere to, you will need to know how to do daily observances so that you will be protected, aligned, and have enough energy to safely practice magic.  Then start doing the activities the Kindoki Basics category.  This will provide you with a reasonable repertoire with which to begin your service to your family and community.

Print this page 🙂
Link to this article: http://zindoki.com/ceau5