Home Magic and Mysticism How to Spot a Fraudulent Spell Caster

How to Spot a Fraudulent Spell Caster 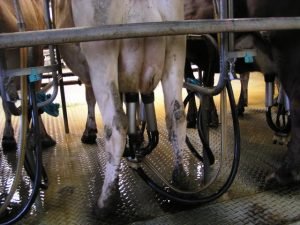 Updated October 4, 2022: Leonard Elmira shares new social media tactics, and Efe West gives some guidance on the difference between regressive and vampiric traditionalists and those who respect tradition but have good intentions and actually helpful practices.

I get many of the same questions and complaints from patrons and potential patrons about people they’ve worked with in the past.  So I decided to weigh in on the issue of fraudulent spell casters in the ATR and diaspora category.  There are a few signs that may indicate a fraudulent spell caster.  Some of these may apply to spell casters of any type, but in this article, we’ll focus on those in Voodoo, Conjure, etc.

Before we begin, let me be clear that showing any of these signs does not necessarily make someone a fraud, but they are “red flags” that should add up.  They may simply be misguided or just not very spiritually mature.  These things should not be considered definitive proof that someone is a fraud, but it should make someone cautious about taking their help beyond a point.  They are at least signs of severe misalignment or bad instruction.

1. An obsession with calling others frauds and scam artists.

Someone who is spiritually mature doesn’t attempt to discredit someone else’s spirituality, and is careful about deeming large masses of people frauds simply because they don’t follow the same belief system.

I have seen one claim all root workers must have a Christian background, like non Christian areas of Asia and Africa don’t exist, and nobody ever intermarries with other ethnicities, and like “root work” is a religion with a set cannon and dogma or something.

The presence of Christian iconography and eurocentric colonial Christian ideology is actually a red flag. The only exceptions would be diasporans who had to use Christianity as a cover, and aware gnostics and mystics. If someone isn’t concerned with addressing Yeshu’/Yeshuah by his Hebrew name, puts him at the level of the Almighty under an original African name whose literal meaning is the All/Almighty/Supreme Be-ing, such as Olodumare, and doesn’t understand that YHWH is a promoted local deity and wasn’t even the Almighty in his original pantheon, they are sus. Sooner or later, when it comes time to choose between African and colonist interests, they’re going to side with the colonists. Every. Time.

“Pure” does not exist in witchcraft/rootwork.  We all have influences that come from many places, and many of us are of mixed ancestry.  So starting with our Ancestors, we often have to embrace two or more ancestral pantheons.

If someone goes beyond demanding respect for specific cultural traditions, and nitpicks about things people from the actual culture(s) would not, then be careful. They may be manufacturing artificial outrage.

An example of someone who rode the coattails of existing outrage against fake spiritualists, claiming that he had cursed them, who himself got called out as fraudulent is King Brujo. He conned people into thinking that he was responsible for Young Pharoah and Natureboys’ downfall, and for awhile I wished him well, though the hubris made me a little wary. I felt the need to clarify that many in Africa and the diaspora are doing the warrior prayer with raised intensity. The last time you prayed that enemies of African people would meet their fate no matter where they hide, you yourself put some energy into it. Thank you by the way. Let’s keep doing that.

In any case, it turns out that this arrogant kid was fakin’ the funk big time:

which brings us to:

All magic is powerful because the forces of Nature are powerful.  Ill will or good will directed by the right person at the right time under the right circumstances can be powerful.  Spell casting is just doing it in an organized way to produce reasonably predictable results.  Saying that a specific style of magic is most powerful is like saying that physicists are more powerful than biologists.

Because it is somewhat eclectic from the outset, and covers both practical and ceremonial magic, Obeah could be considered one of the most powerful systems, but this does not mean that a Hoodoo practitioner living on a mountain in Kentucky could not be a better sorcerer than an Obeah man.  It’s not the system that makes the sorcerer.  It’s the Spirits and that individual’s connection to them and alignment with Nature.

Another thing to look out for is people claiming to be babalawo, iyanifa, hounnon, mambo, or other titles that they did not earn. No one gets judged for making due in the diaspora, so there is no need to lie or obscure one’s background. There are babalawo trained by Ifa and Afa standards set by the Motherland temples, and there are those trained in the diaspora. There are people serving as priests and priestesses all over. The main thing is that rank is given by a community, not something someone makes up for themselves.

African spirituality doesn’t work like western neopaganism that way. One can’t just claim priesthood because they like a particular deity. Though no one is judge for making due, once you speak belonging to a particular rank, egbe, or sect, or even just being at a certain skill level as a sorcerer, people will test you to see if you are truly up to speed. People will call your mentors to find out about you. So people who lie are outed fairly quickly. There’s even a Facebook page.