In this Video,I talked about the Spiritual and medicinal applications and benefits of the Alligator pepper seeds. #Alligatorpepper#Herbalremedies#lifestyle   To learn more, take my Master Classes in AfroScientific Spiriituality. The 2 rd Edition of my Book Titled “The Interrelationship Between the Evil Forest and Negative Space in Quantum Physics and…

In This Video,I talked about very simple Steps that you can do to create a sacred grove or a Sacred portion in Forest and the rules of maintaining the place.Enjoy To learn more, take my Master Classes in AfroScientific Spiriituality. The 2 rd Edition of my Book Titled “The…

In this Video,I talked about the uses of El Hadji Ointment and Royal Boquet perfumes in African Spirituality and the benefits of using Spiritual Ointment and what there can do for you. To learn more, take my Master Classes in AfroScientific Spiriituality. The 2 rd Edition of my Book Titled…

In This Video,I talked about The Metaphysical Concept called “Ori ” in African Spirituality,What is entails and How to appease your Own “Ori “or the “Ori “of Others.Enjoy #Afrowarrior #Afroscientificspirituality #Afrovegans To learn more, take my Master Classes in AfroScientific Spiriituality. The 2 rd Edition of my Book Titled…

In This Video,I talked about how to do The Traditional Ancient West African Spiritual Bath With Dogoyaro aka Neem Leafs “Azadirachta Indica” And Mango Tree Leaves and Bark “Maniferica Indica” Which is a very potent mix that can be combined to relive many Spiritual Maladies.Enjoy. To learn more, take my… 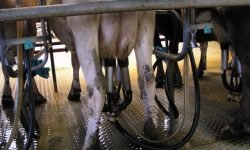 I get many of the same questions and complaints from patrons and potential patrons about people they’ve worked with in the past.  So I decided to weigh in on the issue of fraudulent spell casters in the ATR and diaspora category.  There are a few signs that may indicate a… 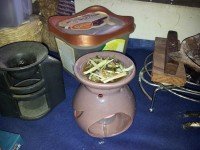 Yoni steaming has become a trend lately, but it is a very old practice that has been done for thousands of years throughout Africa, Asia, and the Americas.  Though some scientists and skeptics say that it doesn’t have any medicinal value, practical health professionals generally know better.  Heat is good…

Medicinal plants have been used to prevent and treat various health problems. Several African and Asian nations are now encouraging traditional medicines as an internal component of their public healthcare programmes. Indigenous medicines are relatively inexpensive and locally available and readily accepted by local population. Ethiopia has an enormous resource of plant species that are used in traditional medicine. Among the 7,000 higher plant species that are known to exist, about 800 of them are employed in the traditional healthcare and 60% of pants are said to be indigenous with their healing potential. Majority of Ethiopians depend on medicinal plants as their only source of healthcare. Vast knowledge on the traditional uses of these plants is not fully documented and most of the knowledge is conveyed from one generation to the text generation through words of mouth. The survey conducted during February-May 2006 was undertaken to explore the traditional systems of medicine in Asendabo region of Ethiopia.