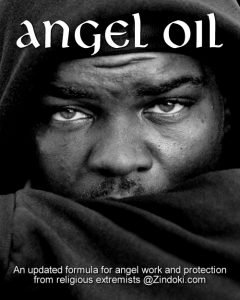 It is this mischief and bad attitude that you may need protection from, growing up in a family where people are in denial that they are worshiping the Canaanite deity El, his wife, and one of his sons and that is if they are actually loving people who do not attempt to fight against the will of El.  If they are abusive, preaching that others are going to hell (Hel), or breaking vows without the consent of the other party or parties, or other things that were considered sins before the Canaanite religion turned statist, then they worship a demon called Beelzebub or Baal Zvuv (means Lord of Flies).  This being’s specialty is the pursuit of worldly victory to the point of obsession.  It inspires and encourages people to do bad things for seemingly good or holy reasons.