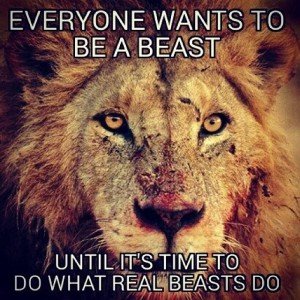 War water, oil, and powder is to wreak destruction on your enemies.  Period.  Everything that goes into these things is primed to bring hell on earth to those who have wronged you.  Though your enemies may benefit and grow from their pain and sorrow, the point of this is not to make them better people.  It is just to punish and neutralize them so they can’t do whatever harm they did again.

In a sort of quantum metaphysical sense, every molecule contains a warrior with one mission: to do damage.

You should be focused whenever you make anything, but when you make these, you should really REALLY not have any distractions.  Turn off the phone, close the door, tell folks not to bother you, and stay steady.

Then find a liter or half liter bottle or jar, and clean it well.

From the naturally dirtiest, most contaminated source of water you can find that is not toxic for you to be near, fill this bottle with about a quarter of a liter of water.  The best is stinky smelly bog, marsh, or swamp water.

Add to this four nails (many prefer to use coffin nails), saying:

Eshu please help me to destroy those who harm me.

Ogun please make of this water and nails a weapon to destroy those who harm me.

Ancestors please take those who harmed me to the realm of the Dead.

Ori please align me with the Orishas to maintain me in this war.

This last verse is very important so that you don’t get twisted up and lose too much energy from making war.  Your rage needs to evolve eventually into acceptance of the reality of Nature in a way that makes you decisive, and not weakened.

Close and then wrap the bottle in a black cloth that has been marked with a symbol of Eshu at war.  This would be the trident cross with arrow tips at all ends.  Put this in a safe place where nobody but you will touch it, and give it some weeks to get the nails good and rusty, and turn the water dark brown or black.

Now you have made your basis for War Water.

For the  finishing ceremony…

Shower, and clean yourself well from head to toe.  Have clean black or white clothing, depending on your tradition, ready, looking well, and ironed if needed.  Bonus if this is clothing you have used in martial arts training.  If not, it should still be comfortable but elegant.

Have at the ready, proper containers, supplies, black cloths to wrap your items while they set, a metal file, a strainer, a pouring cup, a bottle or jar for your strained War Water, and other optional supplies for the oil and/or powder.  I recommend wearing latex gloves as well.

Light some incense for Eshu, Ogun, the Ancestors, and Ori.

Smoke your bottle, and strain your War Water into its new home.  You don’t need to add more to it, but if you like, some of the options are:

Spanish moss to make it more putrid, black, and swampy.

Orchid, to focus the energy towards a specific target(s).  This is useful if you have to drop it in front of someone’s home, but you don’t want the whole family affected, just the one offender.  You will need to speak to it to tell it who the target is.

Yellow clover, but be careful as this is an anticoagulant poison as it molds.

Graveyard dirt, because you want the Dead to plague them and/or take them.  This is especially useful if they have wronged your family or nation.

If you don’t add anything to it, your War Water is ready.  If you do, you will need to re-wrap it and give it at least four days for the ingredients to decompose, and then strain it again.

To use war water, stealthily pour this close to the doorway(s) of your enemies’ home or workplace or wherever they often are, and walk away.  Do not look back to that place until the sunset of the next day.

To make war oil, let the nails you used for war water dry, and have them standing by.  These and a quarter liter of rancid oil are going to be your main ingredients for war oil.  If you will be making War Powder as well, then file about 1/8 teaspoon of rusty shavings and set this aside.  Use the rest for your war oil.

Tar to make the curse stickier and hold your enemies from escaping.  Use about a half teaspoon.

Sulfur/brimstone to increase their suffering and unpleasantness.  It adds fire to the punishment.

Lime to suck the joy and all pleasure and flavor from their lives so they have no way to escape their suffering.  This is especially useful if your targets are pathologically hedonistic or addicts.  Lime is also used to take the stink off the dead, so it can be added with the intent that they lose their ability to bother or harm you or others even from the beginning.  It’s like, “Go die quietly.”

Onyx to isolate them and break their relationships.  This is very useful in conjunction with the afore mentioned lime.  The people move vulnerable to their negative attention and intentions, will abandon them and they will have nobody to take their suffering out on, or to blame on a day to day basis.

A small quartz or glass lense to focus the energy on a specific target or group.  It is helpful to write the names on the lense, and then put it in the jar.

Put your minerals in a jar or bottle, and then pour the rancid oil over it to fill it.  Rancid olive oil is particularly unpleasant, but any rancid vegetable oil will do.  I would not use mineral oil in this because it is too much of a preservative, and I am not trying to protect my enemies.

Notice that nothing on the list grows.  In War Water, I like to put things that fester and decompose because that is a sort of natural fuel for the curse.  In War Powder, some herbs are actually useful.  In War Oil, the oil itself is the fuel, and since the intention is to punish, I feel no need to add more of anything that would grow or that could be beneficial to them.  I don’t want to teach them anything.  I don’t want to make them better people.  I just want to punish and neutralize them.  If they grow or become better people as a result of this, great, but while I am at war with them, my objective is honestly malevolent…but this mineral and heavy way may not be right for everyone.  Remember that your witchcraft needs to be true for you, not for others.

If you have a different way that works for you, or your energetic profile works better in these matters with herbs added, then there are many to choose from.  Fuckyeahpaganism made a very nice list of herbs that can be used for cursing/hexing.  Again, I prefer to save the herbs for the water or powder, but that is me.

To use War Oil, using gloves, smear a little on things your enemy will touch.  Their car door handle, their mailbox handle, their doorknob, their purse…anything they will touch, especially repeatedly. Throw the gloves in the trash, giving them to Eshu to dispose of them.

War powder is meant to “poison through the feet” so that your enemies will pick up the curse as they step on or over it.  The basic ingredients are shavings or filings from the rusty nails you used for War Water, and powdered lime or ashes of a plant used for cursing.  I have also heard of baking soda or salt being used, but if it’s a choice between the two, I would go for baking soda since it is alkaline.  Some also use the “shaving powder” which is the old fashioned depilatory powder for men.

Optionally, you can add herbs that are often used for cursing, to make it more specific.

Coriander (seed) is a good general herb for transmitting whatever intent, positive or negative.

Stinging nettles increase the intensity of their suffering, and make the powder stick to their shoes or feet better.  Many plants with tiny thorns and spines work well for this.  Some may suggest cowage (Mucuna pruriens), but this stuff is very unpleasant to work with.  It gets into everything if you are not careful, and itches like CRAZY.

Yellow clover and cinquefoil, for the reasons already mentioned.

Blueberry ashes to cause chaos and confusion in your enemies.  It creates a nice cognitive dissonance, when they have to face the reality of their own nastiness with no ability to justify their behavior anymore.  So this is excellent for people who do bad things for so-called good causes, hypocrites, and narcissists.  Not so incidentally, blueberry is used in MRI’s to create contrast so that the radiologist can see what is inside.  So what is done in darkness or blindness is brought into the cold light of day.

There are many other possibilities, but personally, I like to avoid anything that could be too positive.  Choose plants that cause unpleasantness above and beyond mere annoyance.  Some people like to use hot peppers, but often hot peppers can heal and protect.  I wouldn’t use anything less irritating for firing up a War Powder, than say skunk cabbage.

If you are really brave and really careful, you could try to gather some giant hogweed flowers.  That plant is beautiful and the sap can burn through skin.  Dried, it won’t do much physical harm in reasonable amounts, but its energy is insanely hostile.

Powder your ingredients well in a mortar and pestle.  Thoroughly wash and cleanse your supplies when you’re done.  Some have special supplies that they use specifically for cursing, and keep them separate from others.

To use War Powder, sprinkle it in places your enemy walks.

In summary, War Water, Oil, and Powder is for making war.  It is not for fighting petty battles in which nobody is dead, dying, made destitute, or extremely traumatized.  It is for cases of rape, murder, severe abuse of power, and other dirty deeds when there is no other reasonable recourse for the victims or those acting on their behalf.  You don’t touch this unless you really don’t mind if your enemy suffers and dies.