Home Cursing Hexing and War The Curse of The Whiteness

The Curse of The Whiteness 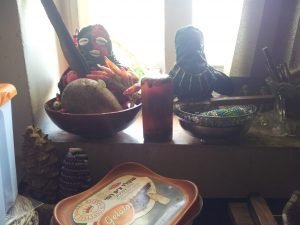 The curse known as “the whiteness” is a particularly nasty one, usually cast upon racists and sellouts who commit acts of brutality against people of color.  It basically bleaches them from the inside out, removing the pigments (iron, bilirubin, melanin, etc.) from their bodies, and stifling or shutting down the processes that make new ones.  Be advised that this causes a slow and painful death.

For this curse, you will need either some part of the person, such as hair or an item they have used, or 12 witches in agreement that this person needs to die this way.  In these times when many incidents can be recorded and posted on social media, this is not difficult to do when it’s obvious.

Though this curse is traditionally a Black thing, it can be cast by anyone who wishes to get rid of white supremacists who have crossed the line into violence.  It is not for thought policing.  It is specifically against those who have beaten or killed someone because of their bloodline or color, and those who knowingly aid in such assaults and murders.

After giving offerings to Eshu, Ogun, and the Ancestors, stuff the dead chicken with each of the ingredients.

Tie the chicken up to seal up all holes things might spill out of, using 4 knots.  As you tie each knot, pray:

Eshu, Master of the Gate

Let there be no escape from their Fate.

Let no doctor, witch, or preacher save them.

Let no apology or repentance waive them.

Wrap the chicken in the aluminum foil, with the shiny side on the inside, and form a place to hold the candle in the middle.

Place the chicken in a fire safe place, and light the end on your left first, and the right second.

Eshu, whose hands hold all clout

Please bleach them from the inside out.

As they hate the colored skin

Strip their colors from within.

Once and only once.  Then don’t pay too much attention to the candle while it burns.  It is important that you fully give this matter to the Orishas to handle.

When it is done and cooled, without a word, take it to a dumpster or bury it at a crossroads, and then don’t look back at that place for 3 days.