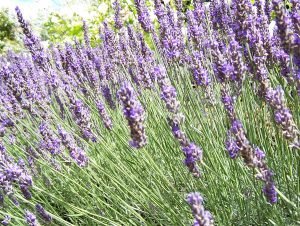 Here is a list of 10 wonderful herbs that can be used in love magic, that will help you to get your man or keep your man.

Yes lavender.  It’s everywhere, but it works.  Lavender smells wonderful, and puts men in a peaceful mood, but it also makes them feel manlier.  Its scent and herbal properties trigger their best instincts, and makes them want to be more masculine.

It’s not quite an aphrodisiac, but it boosts the power and endurance of other sexuality enhancing herbs.  So add a couple of buds in his tea or infuse a little into the liquid of something you’re making for him when you want him to clean the gutters or build a shelf.

Fenugreek smells very sweet and a bit like maple syrup.  It is common in many middle eastern dishes, but is also used in desserts for its sweet aroma.  Fenugreek attracts wealth, and is used in talismans and oils.  What many don’t know however, is that it also promotes loyalty.

Add a few grains with intent to your perfume, lipgloss, or a bra sachet to get your man to feel more loyal to you, and listen to what you say above others.  Put a little in chicken soup, bread dough, and sweets that are compatible with its maple flavor to discourage infidelity.

Rose is a well known attractive scent.  Rose hips and petals are also wonderful as tea.  Rose hips are nutritious in that they are full of vitamin C.  They’re a good thing to have for general purpose.  For love in particular though, rose hips have little seeds surrounded with tiny little needles inside that help the memory of you to stick with a man.

Crush some in a mortar and pestle, and carefully put a pinch under the insole of his shoes.  You can also put some in his wallet pocket so that he remembers to prioritize you before spending money.  If you make your own incense, put some in there, so he remembers you and returns.  Sprinkle some in his path where you know he will walk.  It is very useful.  Just remember those little needles stick to everything, and don’t leave them around mindlessly.  You can put a whole one in your perfume.

Saffron adds an interesting spiced floral aroma to your cooking, but it’s also good for love.  As a scent, it radiates comfort and nurturing, and sparks the the memory of good sex with you or speaks the promise of good sex with you.  It also helps to override other people’s love magic.

If you have a handsome or very useful man who does all the 3 P’s, then someone else is probably trying to get him.  So don’t skip the saffron when making him dinner.  Friday is an especially auspicious day to make him a dish that will contain saffron because of its fire elemental properties.  Used with ginger, it will have the result of cleansing, but not so violent that it would be noticed.

Ginger clears away the past.  We have all had bad days and times when we haven’t been ideal partners.  Ginger helps to soften and dissipate memories of our wrongdoings, and promote forgiveness.  This is especially important if you had a very hard time and harmed him in some way.  It also helps to clear away memories of past lovers.  If your man was a player in the past, or even if he just had relationships in which the love was very strong on his side, you want those things to fade so that your relationship can blossom.

Also called rock rose, though it is not a rose, this sticky flower resin can boost your confidence, and reduce worrying and anxiety in your relationship.  It has a wonderful sweet scent, so it can be used in perfume oil to increase your attractiveness in the sense of showing that you are a capable woman.  In a massage oil, it can help your partner remember your touch, think of you whenever you’re not around, and be happy to return to you.

Cinnamon is an attractive scent, and creates a sense of warmth and “homeyness” in a household.  If you can, try to get real cinnamon and not the senna bark that is normally used.  It does make a difference.  Though either is good, real cinnamon has more fire, and it takes less to get the warmer aspects of the scent and flavor in a dish.  Real cinnamon also pairs better with chocolate and other flavors you wouldn’t expect it to go with, like cumin.  Cinnamon basically makes your man feel at home.  It enhances his sense of belonging with you.

Tonka beans, like fenugreek, contain a lot of coumarin, which is good for domination.  Its scent is more vanilla like though, so it is easier to wear without smelling like pancakes.  You’ll just smell like vanilla.  In fact, tonka beans were used in place of vanilla until it was decided that they were more toxic.  Technically, if you eat a kilo of them, they will make you sick, but nobody ever does that.  It is relatively safe to use and to wear so long as you aren’t specifically allergic to it.  Crush some in a mortar and pestle, and put it in your perfume.

Sweetgrass and bison grass make a person feel satisfied.  Everyone has hard times when they wonder if all the saving and sacrificing they are doing is worth it.  Sweetgrass reminds a man that everything is going to be alright.  It raises the vibration and helps people keep things in perspective.  So during hard times, try to get some sweetgrass essential oil, and use that in air freshener or home blessing spray.

Surprisingly simple and common, orange peels are great for love.  Their scent promotes happiness and draws the energy of joy.  Peel an orange, chop some up, and mix with some cloves and cinnamon sticks in a bowl, and let the scent travel.  When this dries, add some frankincense, and burn as an incense.

I hope that you have enjoyed this article, and learned something from it.  Please post a comment with your opinions and experiences with using any of these herbs, or suggestions of others that have worked for you.  Blessings and Ashe!